No items found.
Product is not available in this quantity.
Travel

A trip to Saudi Arabia. Hmm, you will say and inevitably think of veiled women in black robes, oil sheikhs dressed in white and camels in the desert sands − perhaps even the exoticism of The Arabian Nights. It is difficult to think that this country, where women have only just been given permission to drive a car, is capable of moving away from its traditional way of life. That’s certainly how I felt as I set off for Riyadh. But life is sometimes full of surprises because the emirate is serious about its slogan 'Less oil, more tourism'. By the time you get on the domestic flight to AlUla, where niqabs and burkas are put aside and the covered reserve suddenly gives way to cheerful chit-chat, it all becomes clear: we are on the way to a new era, one that begins in the desert city of AlUla, the setting for the 'Winter at Tantora' festival. Special attractions aim to attract future visitors from all over the world. I can’t wait! 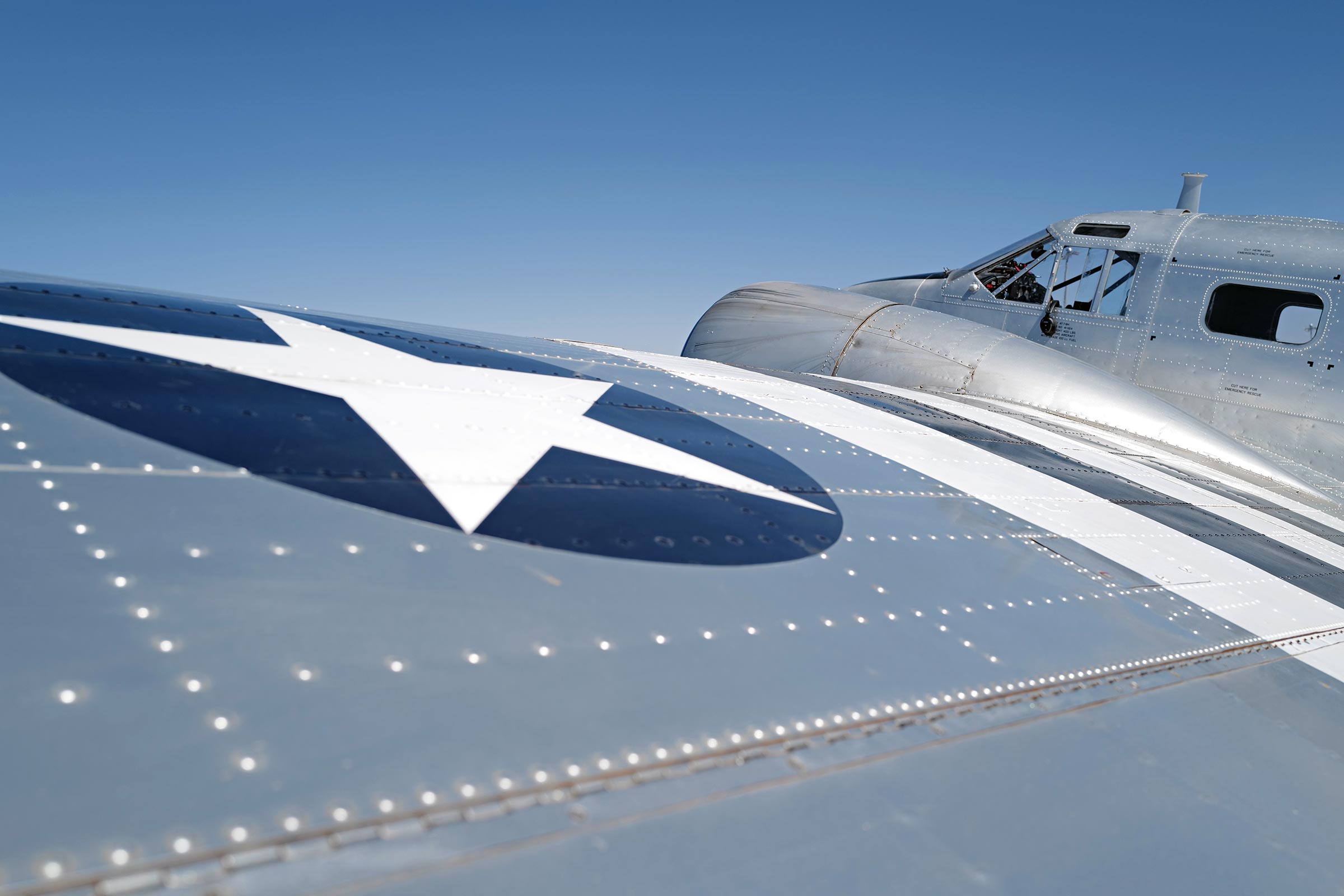 To get a view over AlUla, an oasis city located around 1,100 km north-west of Riyadh, we climb aboard a vintage Beech 18 aircraft. Engines roaring, we circle over a landscape that is so unique it astounds even the globe-trotting, well-travelled among us. Under us, bizarre sandstone formations jut out from the desert sand and form numerous canyons, permeated here and there with green fingers made up of thousands of date palms. Our German pilot tells us about the hotspots of this new lifestyle region, which according to the Royal Commission of AlUla’s stated 'Vision 2030' mark the start of its new tourism campaign: the historical old town of AlUla, which is in the process of being renovated and is not yet accessible; the Maraya Concert Hall with its futuristic mirror architecture; open-air exhibition with contemporary art installations. And Hegra, a significant cultural site and UNESCO world heritage site. Overnight accommodation is nestled right in the heart of this spectacular natural environment. You’ll find comfortable hotel rooms, lavishly furnished tented camps and festival-style accommodation in original Air stream RVs. For the next few days, I will be getting one of the silver caravans. Living in it is a little cramped; next time, I would choose the luxury in the tent over the Coachella-like casualness of the caravan. The breathtaking backdrop, however, soon makes me forget the few compromises I had to make in terms of comfort.

It is hot and dusty. For the journey, it would have been befitting for us to have booked the latest generation Rolls-Royce – we are ultimately in the country of the oil sheikhs –, but instead we opted for the Land Rover. We are now standing right in front of the most significant excavations in the world: the rock tombs of Hegra. A façade about ten metres high, smooth and decorated with cornices, forms the doorway to the cavernous burial chamber. There is another, completely different monument in AlUla that measures well over ten metres: the Elephant Rock was created purely from nature. Sitting at the foot of the golden giant in one of the lounge chairs, enjoying some finger food and a shisha is a pleasure.

Leila Forouhar performs her latest songs with a fervent passion; the Iranian singer, with her blonde locks and fiery dark eyes, is a celebrated star in the Arabian world. Her live performance in the newly opened Maraya Concert Hall is therefore a real highlight of the programme, and the hall is consequently well filled. You can tell that the audience is a little inexperienced when it comes to entertainment as they re-energise themselves with canapés and drinks during the break in the hall. Renowned artists such as opera star Andrea Bocelli and musician Omar Khairat have already performed here; in addition to music concerts, the plan is in the future to hold international events, large-scale celebrations and business conferences as well. But beyond the singing, it’s the stage that I find so fascinating. Its technical innovation is impressive: the back wall, which is completely glazed to the rear, offers an unimpeded view of the surrounding rock faces, on which light projections and shadow effects depict a magical backdrop. The building itself is a statement of modern architecture. The name choice is perfect since Maraya is the Arabian word for 'mirror'. Far away from the opulent ornamental splendour you expect, in the desert, in the middle of nowhere, a futuristic, apparent glass cube was built, expressing contrast and the zeitgeist. The design, however, can be more than just modern: in the daylight, the whole building reflects the surrounding nature on the other side and seems to merge with it, turning the mighty glazed block into a mirage. The exciting architectural concept comes from the Italian architectural design company Giò Forma and relates individual building facets to the Nabataean construction. There is no doubt that this is a unique building in a unique landscape. The interconnection between nature and culture – and thus the stated vision for AlUla – is a success. The next highlight in terms of the zeitgeist awaits: the contemporary art installations of Desert X. Does the name mean anything to you? This is an American initiative, which is causing a sensation with exhibitions in the Californian Coachella Valley.

Totally crazy: in the middle of the barren desert landscape, I stand in the pink-coloured centre of a two-tier pyramid rising up to the sky and made of blue plastic pallets. A bit further on, shiny metallic tubes, seemingly randomly thrown down, shine as if left by aliens in the sand. Surrounded by rocky sandstone, a hill piled up in the sand, round, as though made of intertwined bands. At the back, trampolines embedded into the ground look like oversized puddles you are allowed to jump onto. Each of the individual installations on the AlUla exhibition site is just fascinating and helps build a bridge to the region’s history and culture. Desert X AlUla was initiated by Desert X together with the Royal Commission of AlUla and implemented by international artists. Here, what has already moved the art world in bohemian California, becomes the performance of the totally unexpected. However, for me it is clear that the works created here by nature are in no way inferior to those created by the artists.

It is clearly one of the most impressive installations of Desert X AlUla: Najma, the blue astronaut from the future, who is enthroned on a sandstone rock and has been beaten by the wind and the rain over thousands of years to teach us about astronomy and navigation. Maybe it’s because the sculpture represents a woman, it might also be due to its direct connection with nature, but the artist Lita Albuquerque’s display manages in a quite special way to stir something up in us and make us think in new dimensions.

A party mood, as we know it: on the open-air stage, the legendary Jean-Michel Jarre plays his best electropop and synth-pop, there is a rush of people at the bar and stylish young people laugh and flirt in the VIP lounge. If the rocks weren’t there as a surface to project the light show on and we didn’t have alcohol-free drinks in our hands, it would be easy to forget that we are here in the Saudi desert, or more precisely at the Azimuth Festival. Azimuth is a firework celebration with diverse music, dancing and gastronomy. It marks the end of the season in AlUla – and is at the same time a promise of more to come. Yes, Saudi Arabia has made a start on its emergence into tourism. The destination is worth a visit – and is still an insider’s tip.

‍Vision 2030 – Eighth Theme:
Develop the Tourism and National Heritage Sectors
Knowing that the country’s future and prosperity no longer rests solely with its oil resources, Saudi Arabia has drawn up a national strategy programme: 'Vision 2030'. It describes its path to transform the country; a country that wants to step out from the shadows of its isolated existence, reposition itself and find a connection to the present day. The initiatives, which were developed by the state together with private and charitable organisations, culminated in an implementation programme with a total of eight key areas. One of the central themes of the agenda is the opening up of the country to tourism and the revival of national cultural sites. As with other Arabian countries, the kingdom wants to establish itself as an attractive destination for visitors from all over the world – following the example of Dubai or Abu Dhabi, both of which pull in millions of tourists every year. In doing so, not only will Saudi Arabia achieve its aim of creating numerous new jobs for the young population in the country and participating economically in a highly profitable market, it is also an opportunity for the world to share in the country’s fascinating culture, which includes far more than just deserts, oases and sheikhs. It is a world made up of a millennia-old history, spectacular landscape, and people who keep traditions alive whilst at the same time being open to the future. AlUla is now getting started with this vision.

‍
‍Hegra
Since 4th century BC, this Nabataean city has been an important centre along the trade route, as evidenced by the archaeological relics found in 100 monumental tombs sculpted into the sandstone rock. The Hejaz railway, opened in 1908 to connect Damascus to Medina, is proof of just how important the city, which is listed as a World Heritage Site, actually was.

‍
‍Elephant Rock
It is huge, it is rugged and it is certainly one of the most extraordinary natural formations in the world: the Elephant Rock. In the festival season, this is a wonderful place to round off your day, enjoy an (alcohol-free) drink or eat a little snack. And as you do so, you can watch the incredible play of colours showcasing an array of splendour that changes throughout the day. Amazing.

‍Maraya Concert Hall
9,740 square metres of mirrored surface was what gave this building its entry in the book of Guinness World Records: the Maraya Concert Hall in AlUla is the largest mirrored building in the world. The glass cube sets new standards with its architecture: its façade reflect the surrounding landscape and make the landmark building almost invisible. Equipped with the latest light, sound and stage technology, spectacular concerts take place here performed by Arabian and international artists in front of a 500-strong audience.

‍Desert X
Desert culture and intercultural dialogue: this is the vision of the charitable American organisation for artists Desert X. Following its success in California, Desert X continues its exhibition series of contemporary art, where the desert landscape becomes the canvas for installations by international artists: for the first time, Desert X AlUla and the Royal Commission of AlUla are giving artists in Saudi Arabia a platform for their works.

‍
‍Azimuth
At the respective weekends, the three-day Azimuth event accompanies the AlUla Winter Festival. Here, eastern and western cultures merge – with open-air concerts by international artists and DJs, with wide range of gastronomy and revelry. Another clear signal of Saudi Arabia’s emergence into modern times. 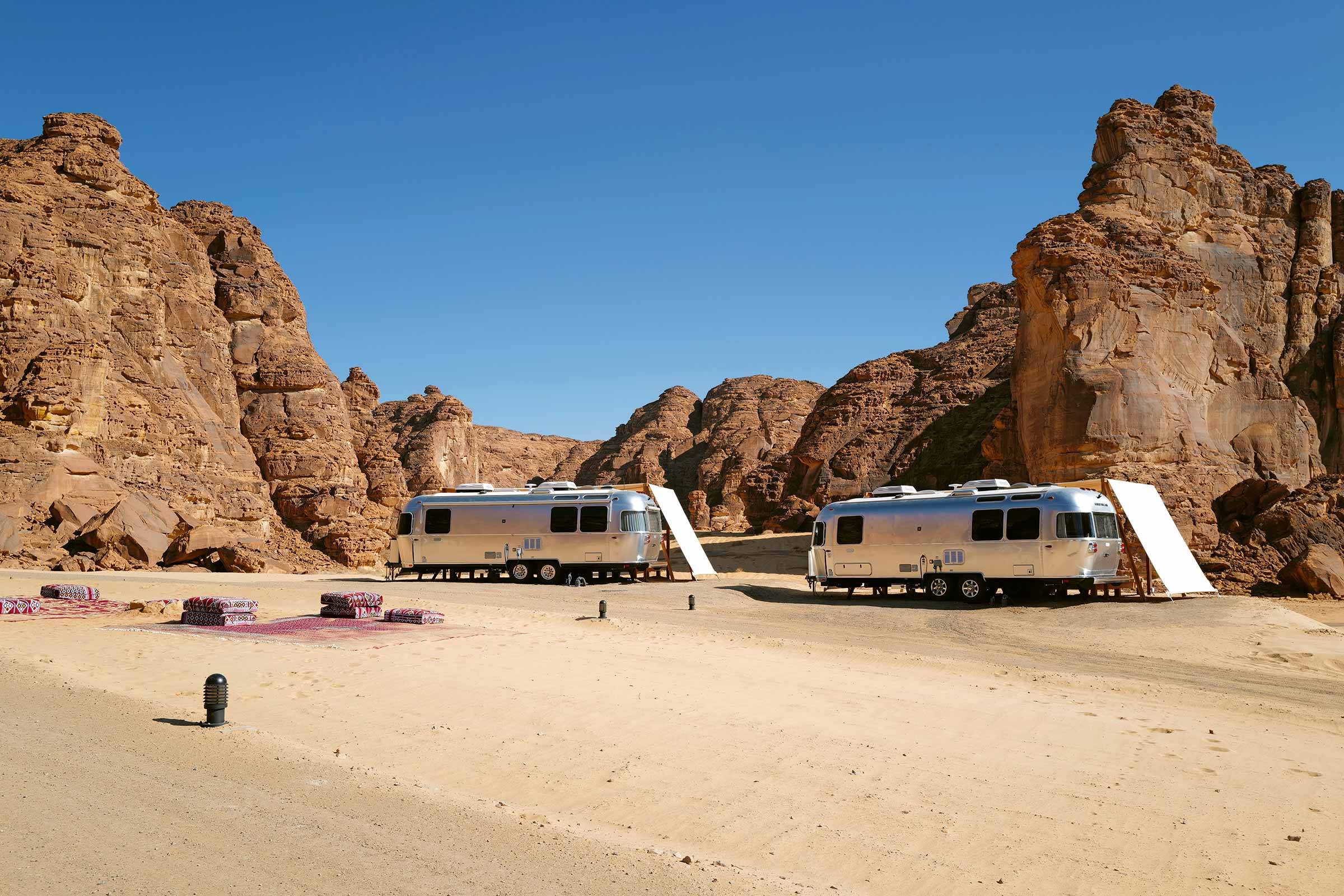 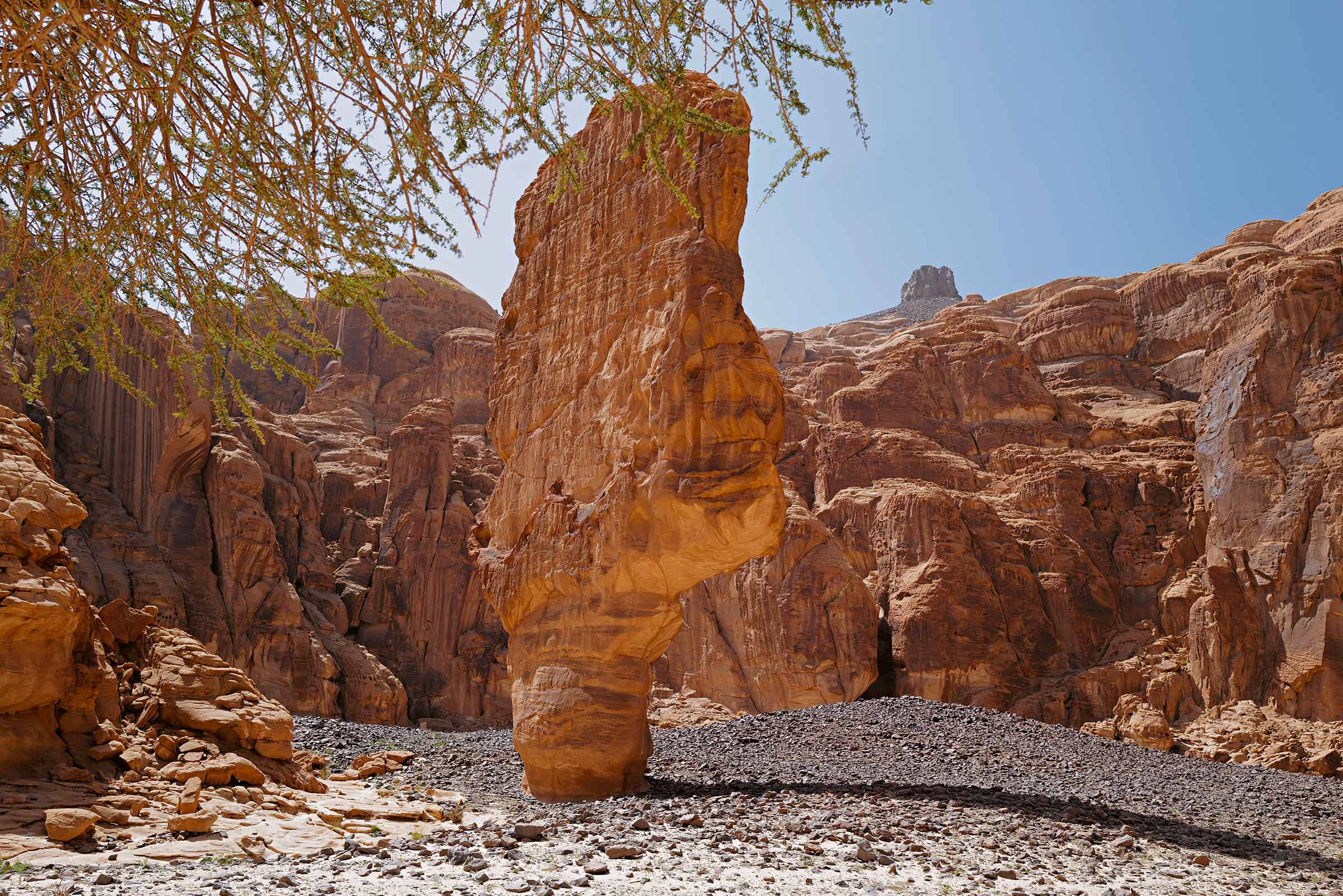 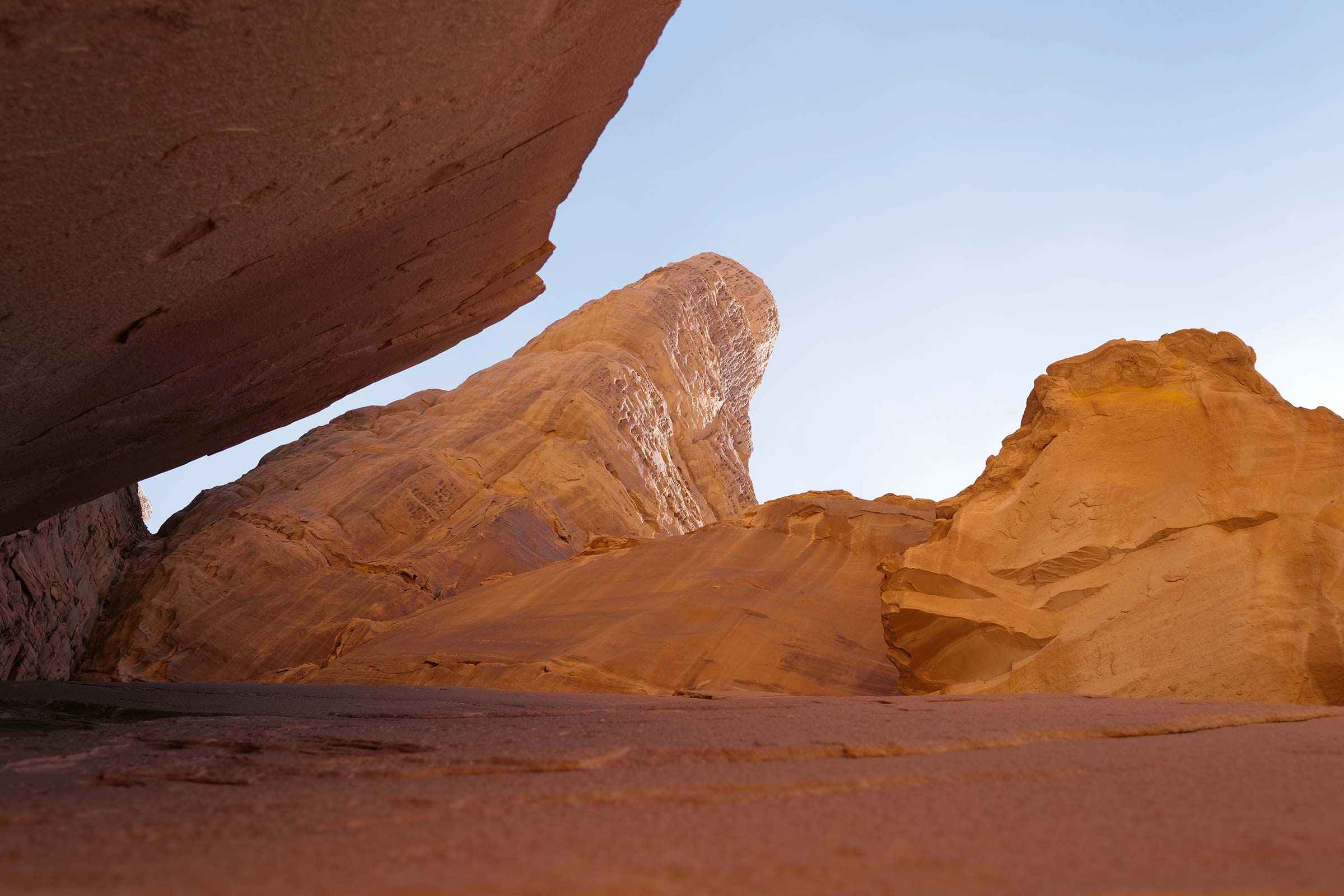 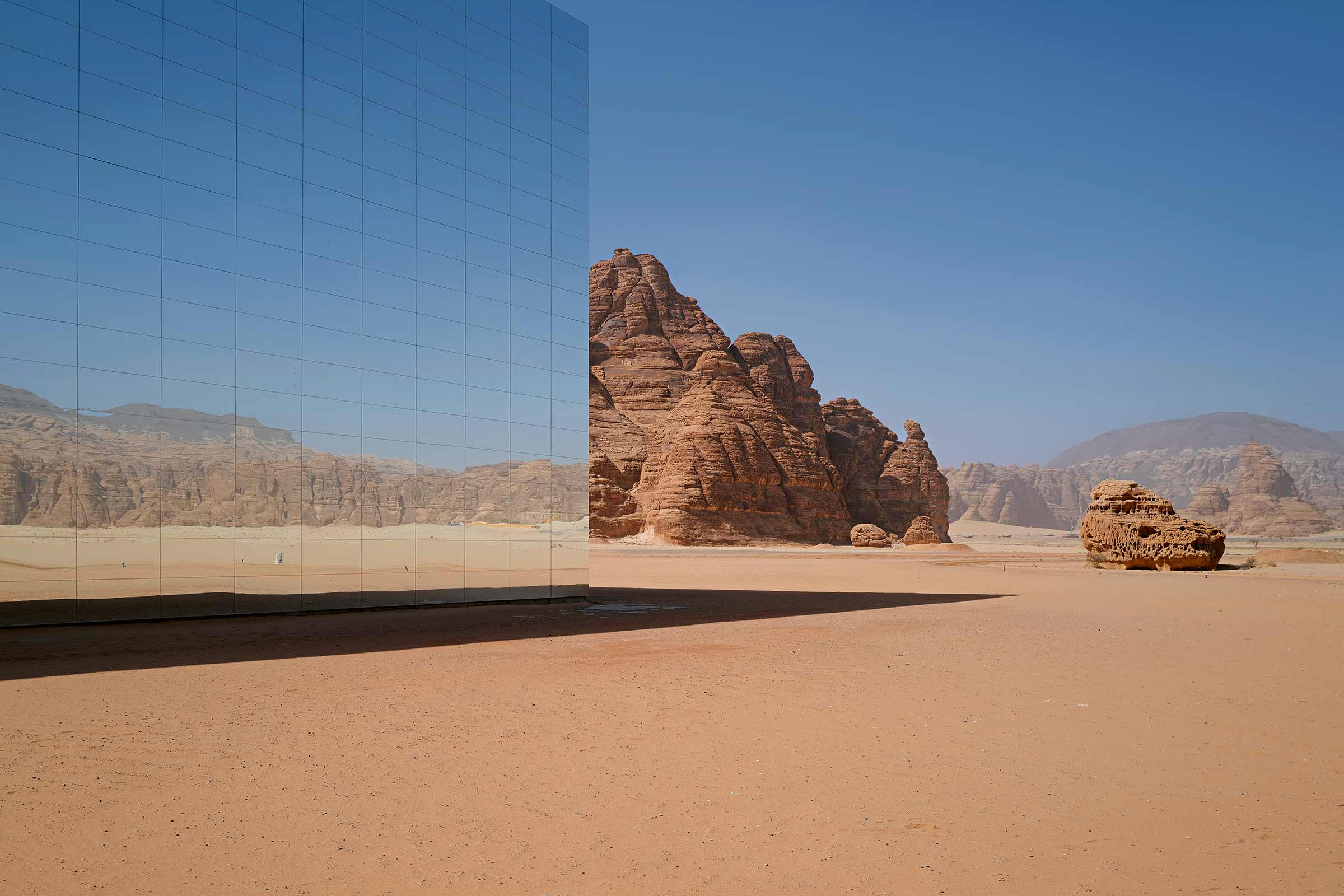