No items found.
Product is not available in this quantity.
Culinarium

Colourful compositions, symphonies of orange, green and ruby red. Contrasts of creamy-white and dark brown. A smattering of flowers and herbs. A beguiling aroma, a surprise for the eyes, a treat for the taste buds. All the senses are stimulated. Caviar and scallops, butternut squash and shimeji mushrooms, salmon trout and char, goose liver and beef tartare, saffron and elderflower, mousses and fruit. Dishes as charmingly eccentric as the divine Sarah Bernhardt, as controversial as Damien Hirst. The culinary palate will be treated to explosions of taste. All this can be experienced in the restaurant of Villa René Lalique in the French commune of Wingen-sur-Moder. 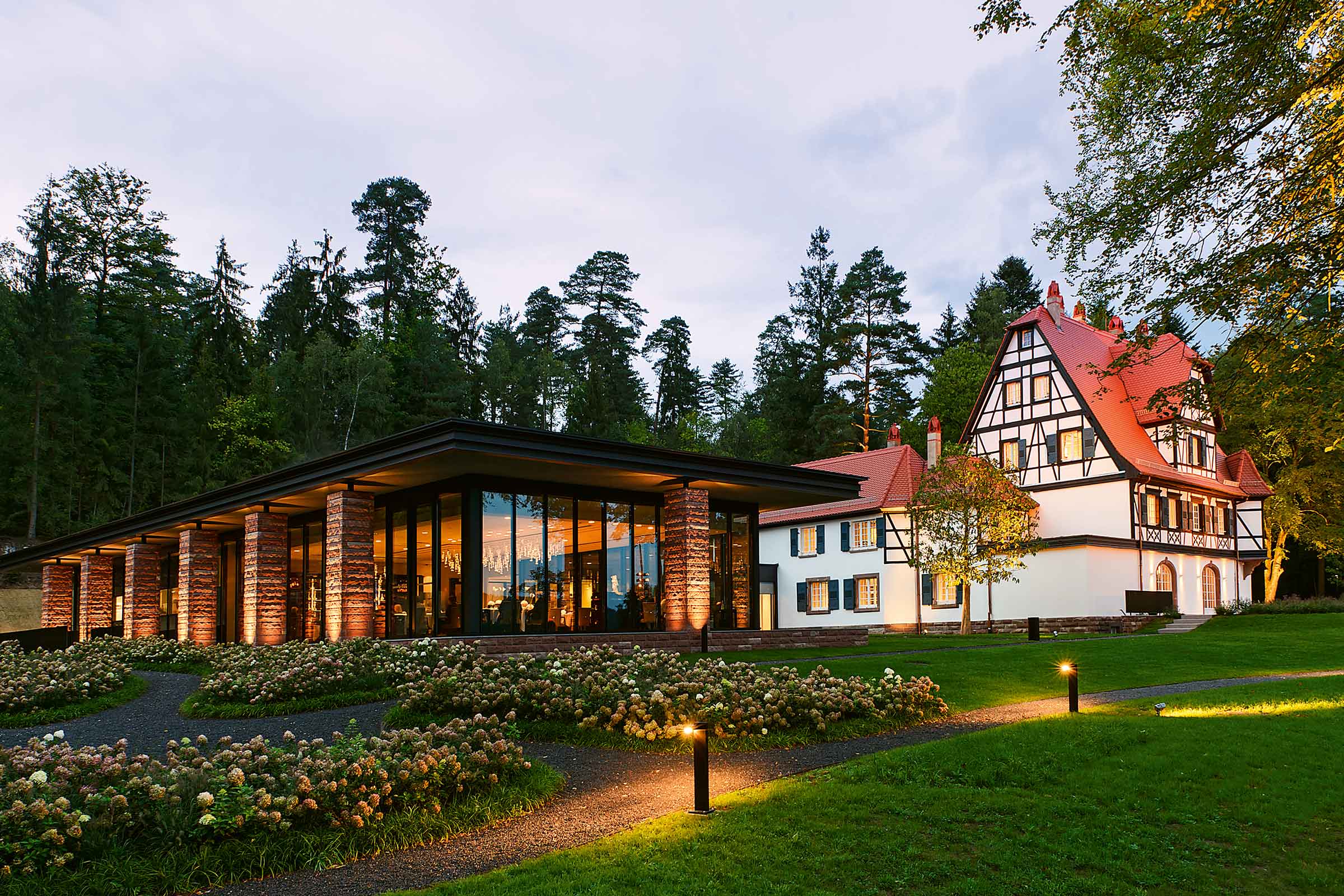 In the beautifully situated Villa René Lalique, nature lovers and friends of fine cuisine will find just what they’re looking for. This lovingly run 5-star hotel is overlooked by the Vosges mountain range to the north. The six exclusive suites were styled on unique Lalique themes such as 'Dahlia' or 'Dragon', by famed interior designers Lady Tina Green and Pietro Mingarelli. The lounge invites you to sit back in Lalique luxury or prop up the bar and enjoy a drink. The historic building, formerly the Alsatian residence of the artist René Lalique and his family, was extended with a modern building in 2015. With its ethical construction, the famous Swiss architect Mario Botta designed it specifically to create a harmonious relationship between nature and architecture. From the outside, this is made clear by airy glass façades, columns made of Vosges sandstone and a living roof. The interiors have a luxurious glow and are stylishly modern. This building houses the restaurant, run with passion and dedication for its diners by Michelin star chefs Jean-Georges Klein and Paul Stradner. The impressive wine cellar, covering two hundred square metres, stores a treasure trove of the finest wines, testament to Lalique Chairman Silvio Denz’ passion for wine, grown on his own vineyards. Tasked with looking after some 60,000 bottles is sommelier Romain Iltis, who carefully pairs the right wines with the dishes.

Jean-Georges Klein & Paul Stradner
Villa René Lalique has been able to attract two top chefs for its restaurant: Jean-Georges Klein has been with the restaurant since 2015 and was awarded two Michelin stars in less than three months. Born in 1950, the top chef only discovered his passion for the culinary arts at the age of forty. Self-taught, he has since perfected his craft and won multiple awards. Paul Stradner, born in 1981, joined the team in 2017. He is no stranger to Klein, having worked together for many years in the Lorraine restaurant 'L'Arnsbourg', run by Klein, before Stradner was awarded two Michelin stars in the luxury hotel Brenner in Baden-Baden. Both chefs invite their guests to join them on a voyage of discovery of unconventional flavours and to experience creative kitchen shows of the highest quality. Contrasts and colours take centre stage, always combined in new ways. Guests will be delighted with a choice of three specially coordinated menus – Menu Signature, Menu Creation and Menu Vegetal – as well as the menu cards themselves, designed to perfection and with attention to detail. The artistry is complemented by Chef-Pâtissier Nicolas Multon, who draws his inspiration from the flora of the surrounding area. With his creations he comes, for example, 'Back from the Forest'. All the elements described above come together in Villa René Lalique to form a coordinated kaleidoscope that offers a refuge for discerning connoisseurs of nature, art and gastronomy. 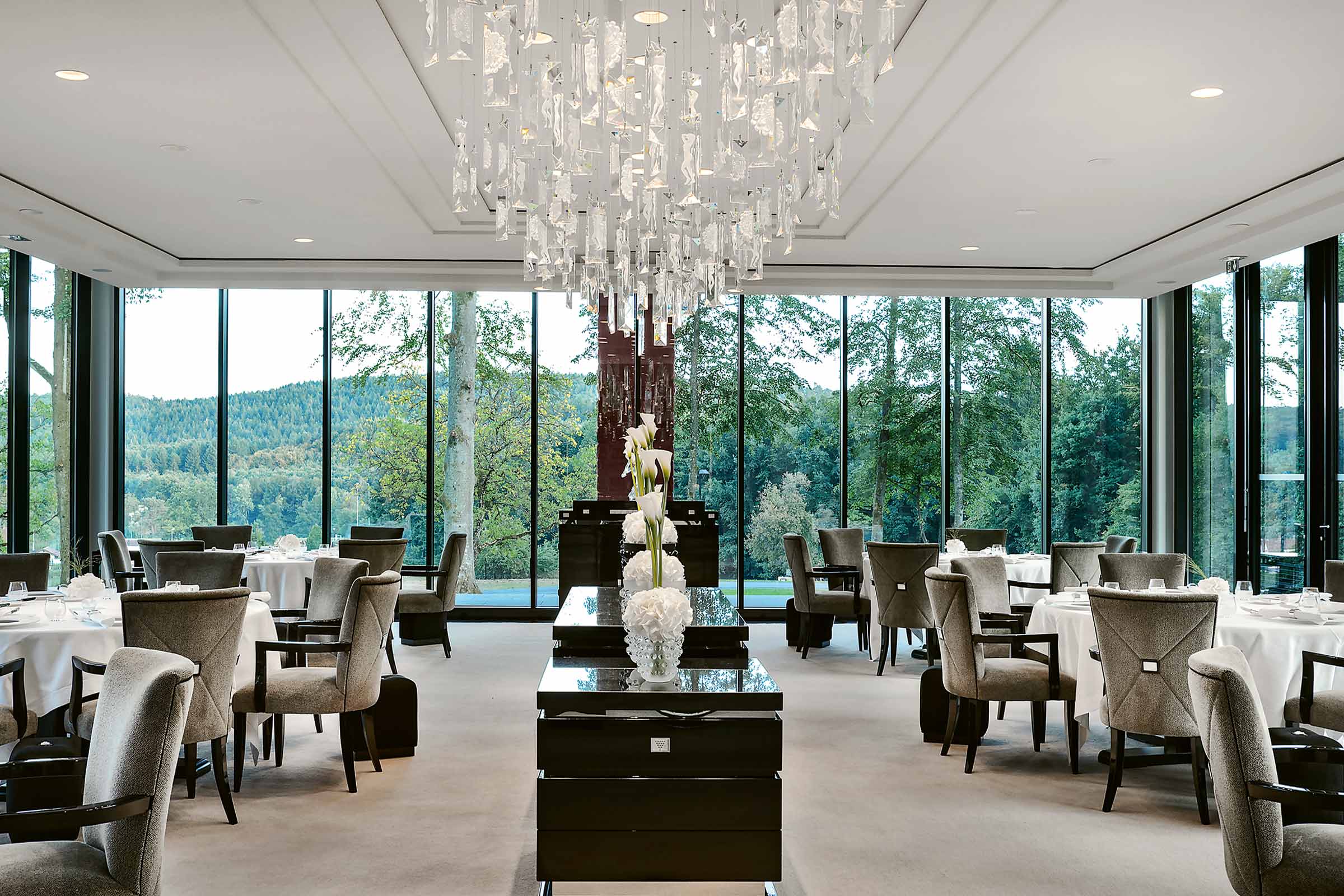 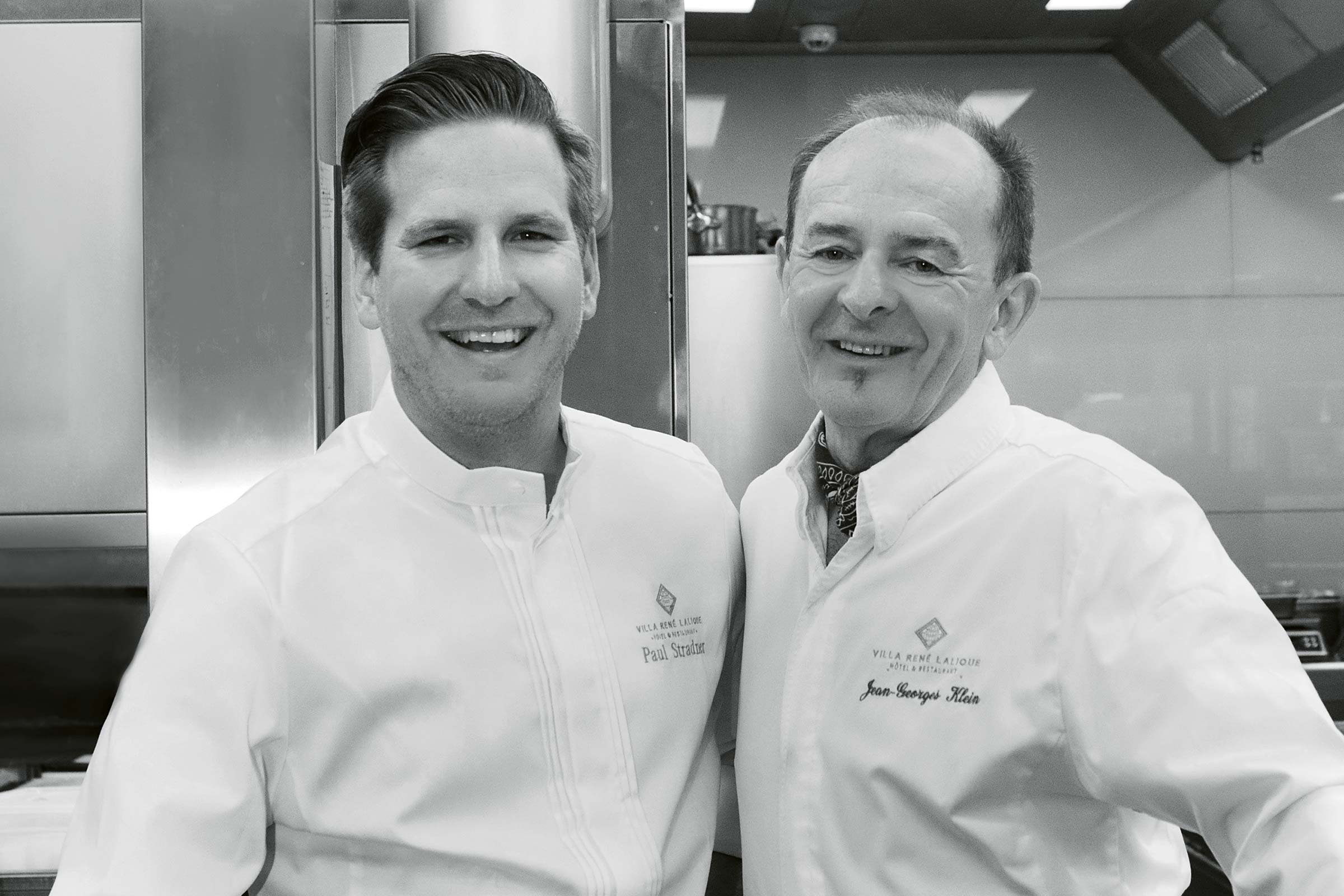 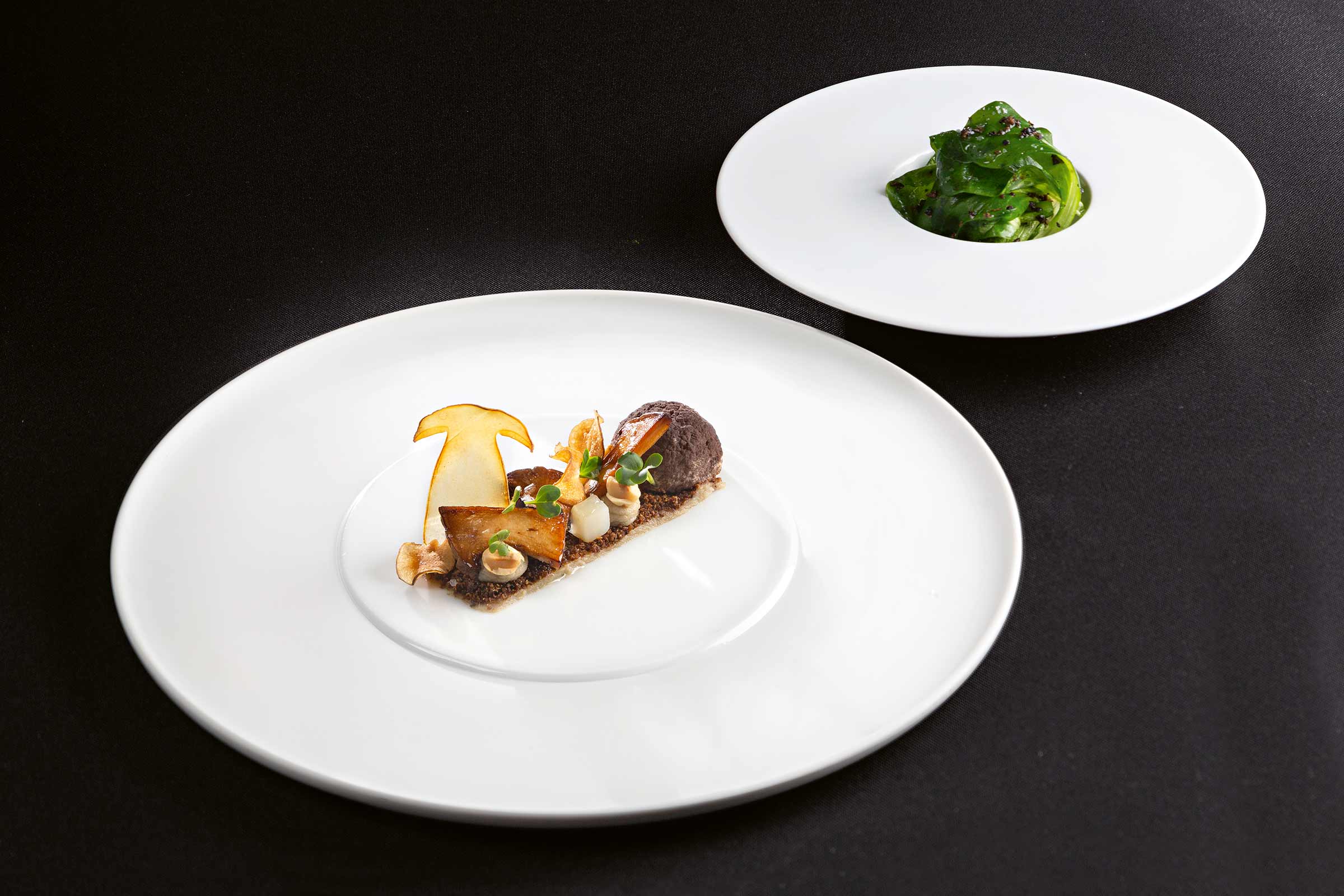 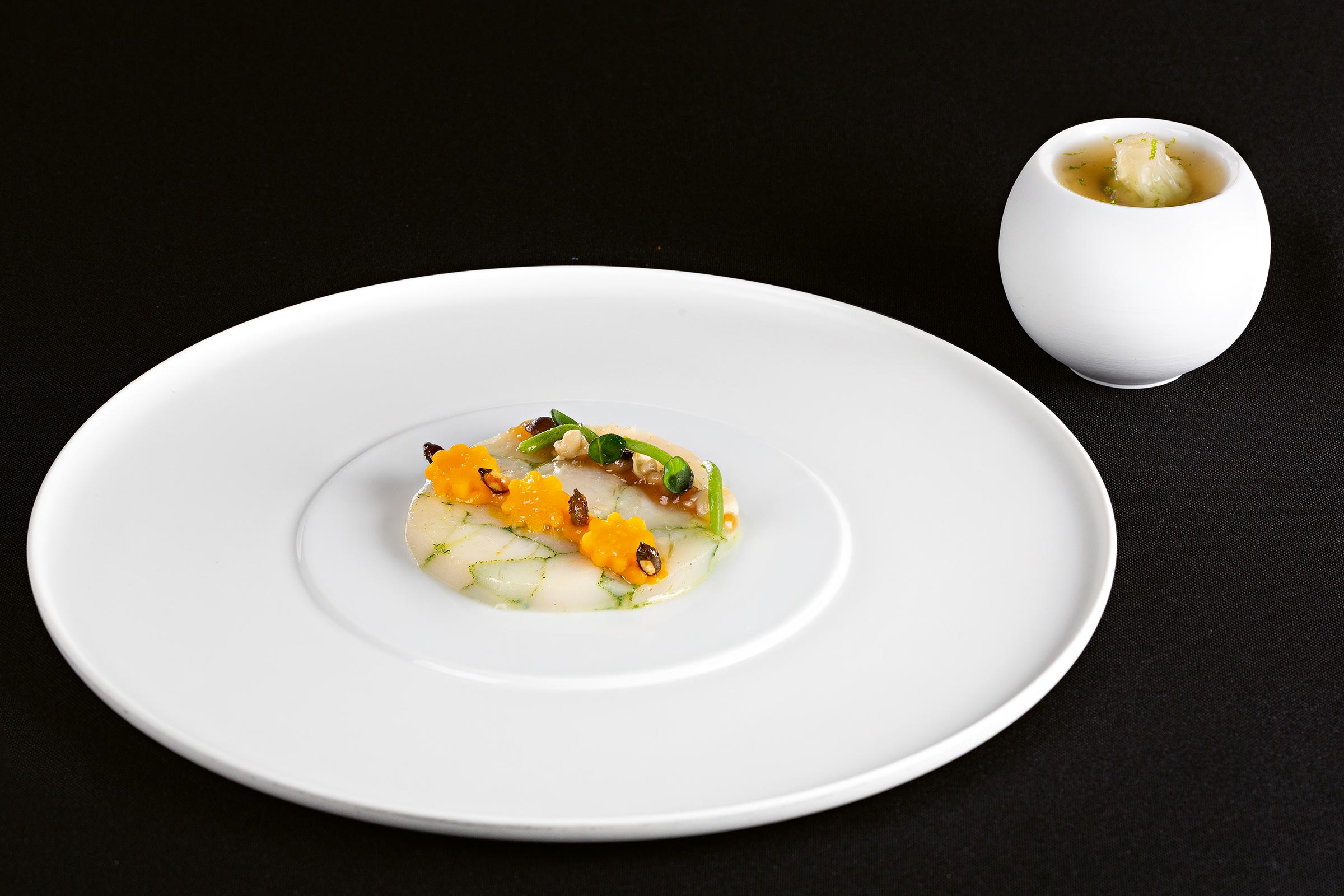 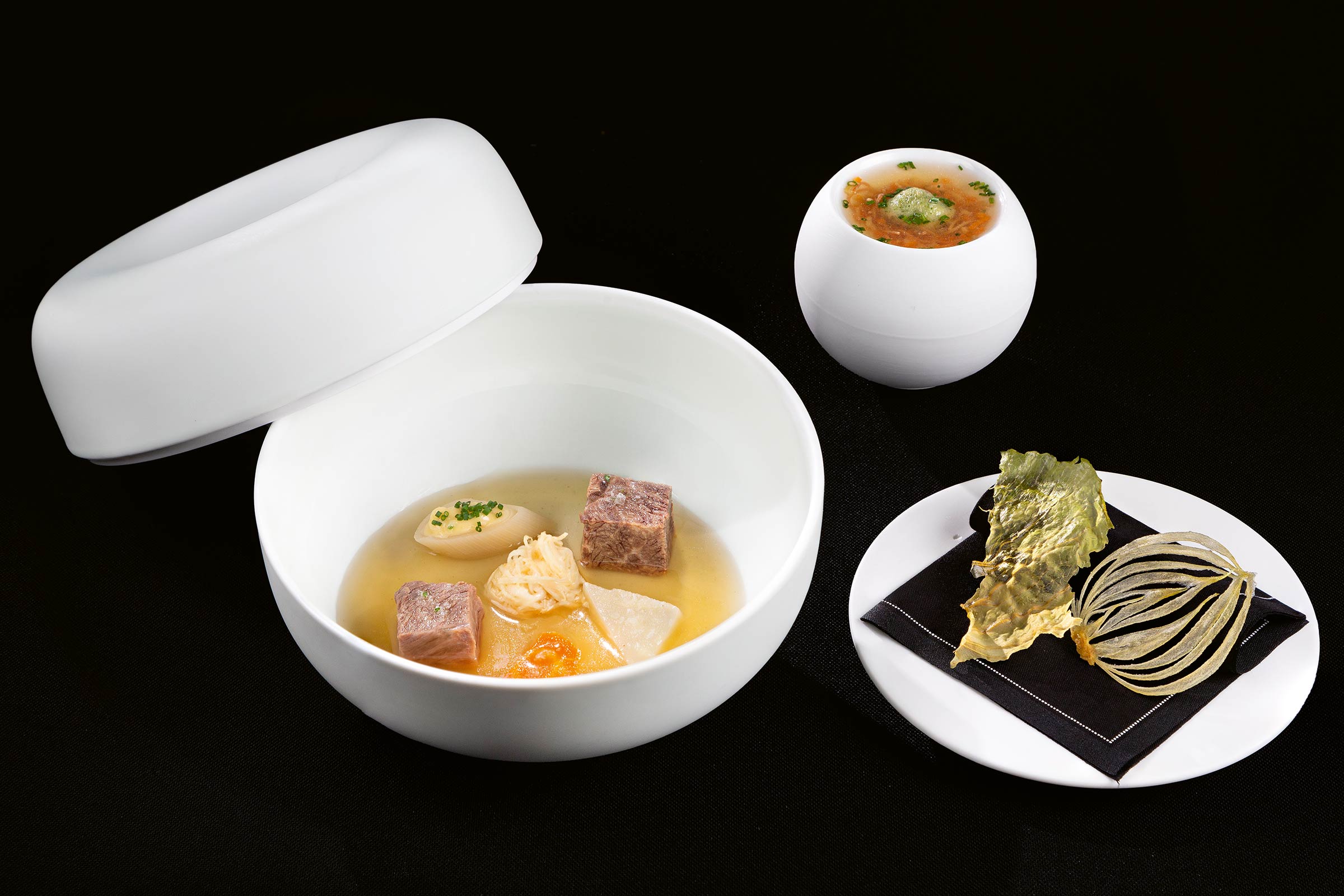 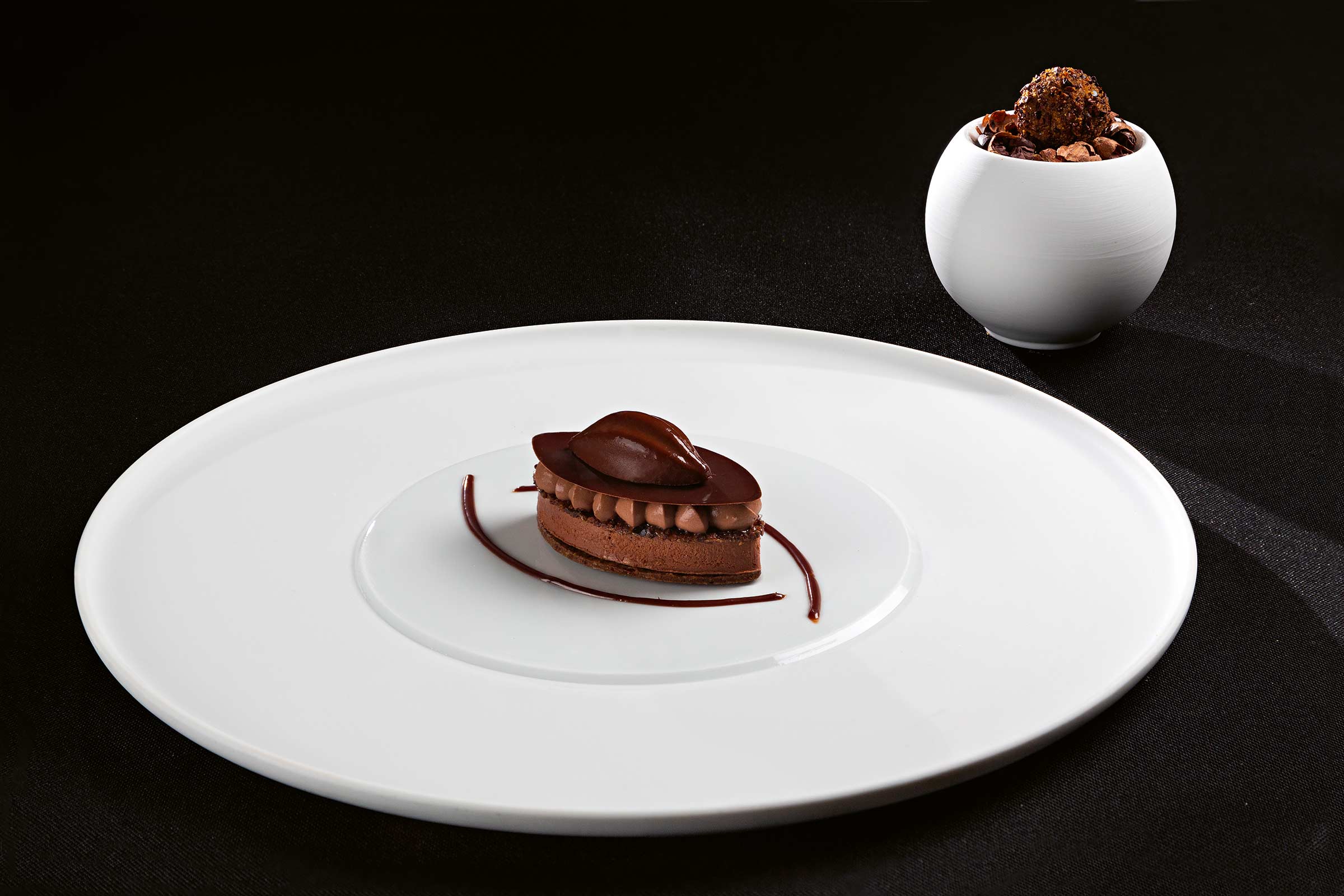 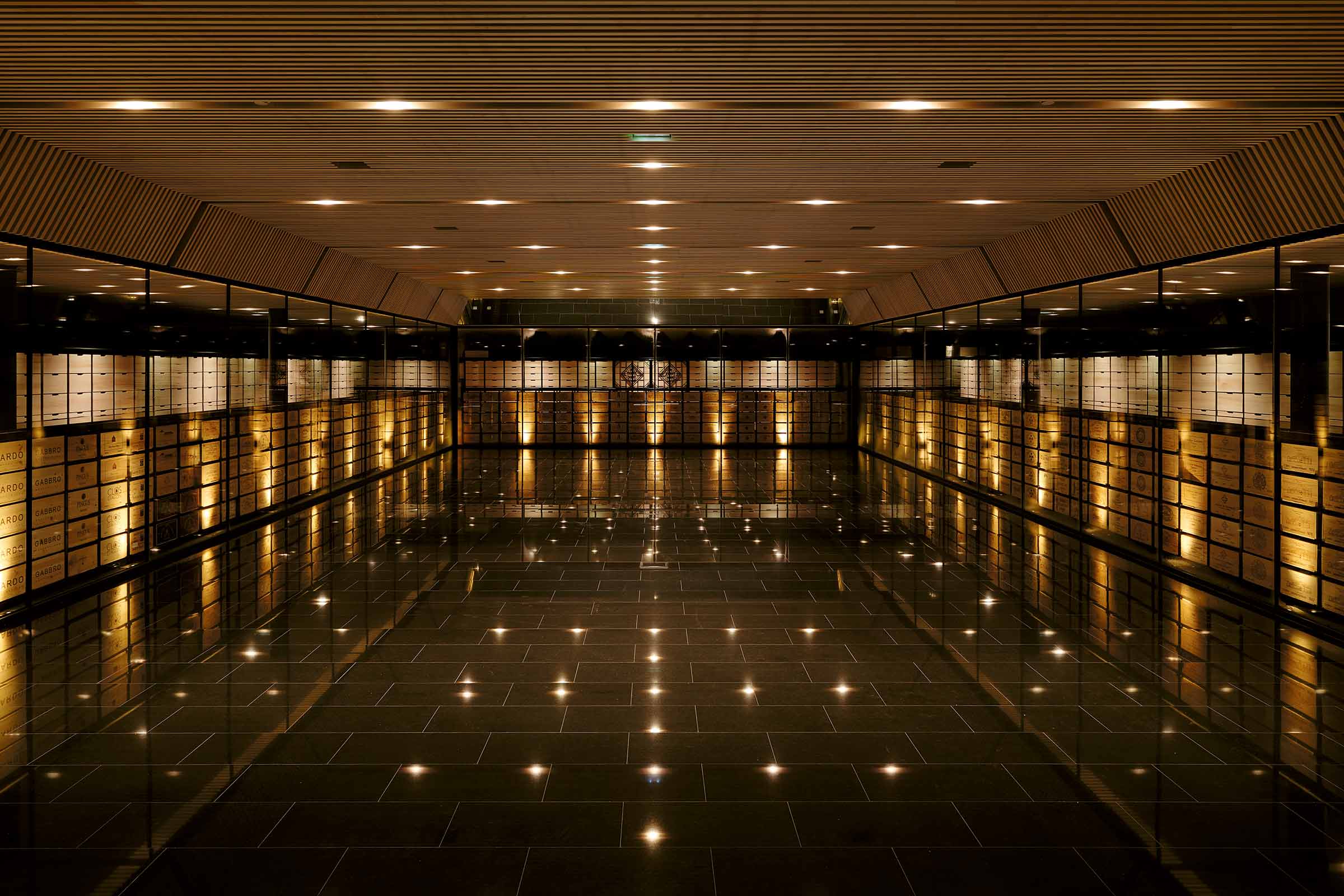 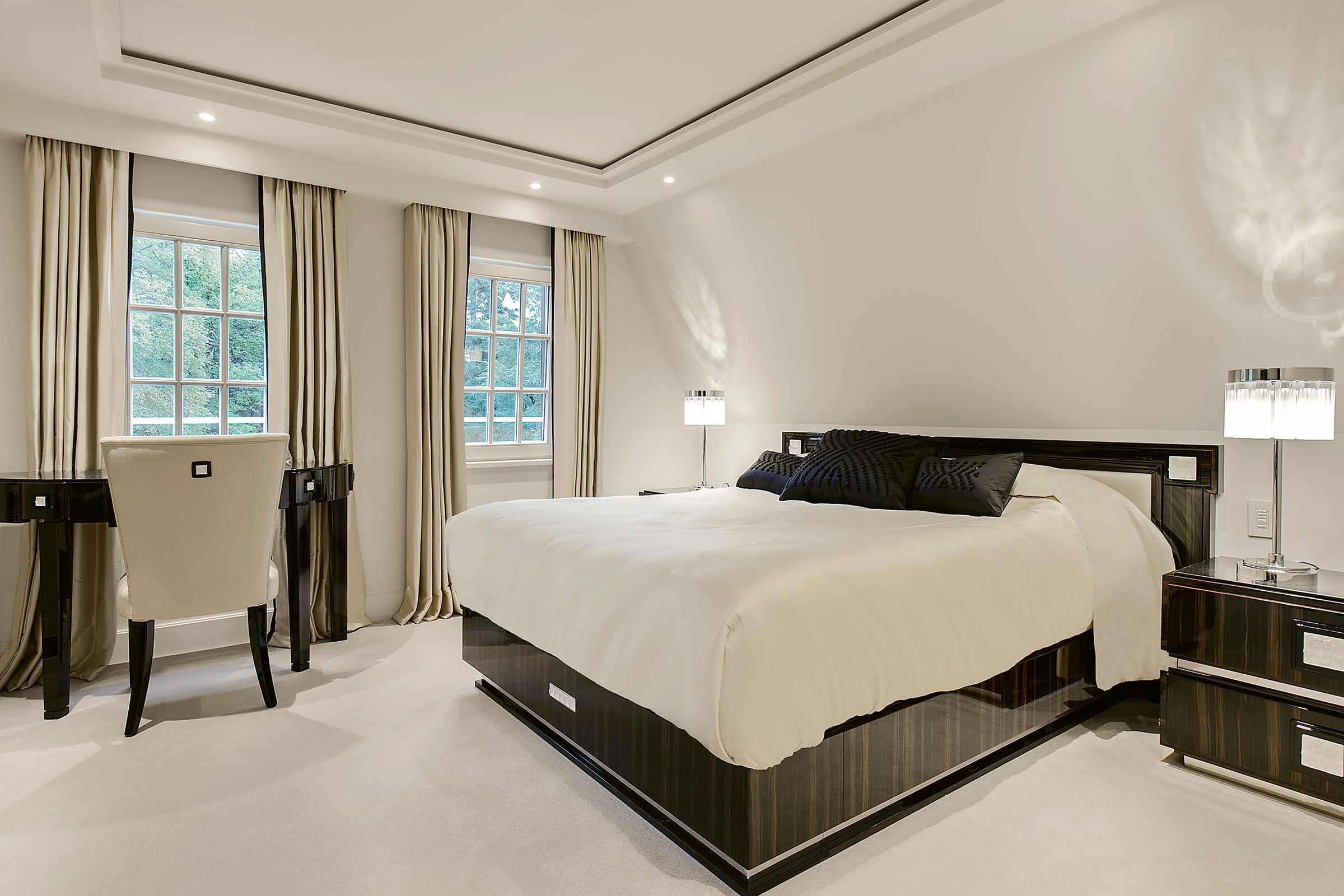